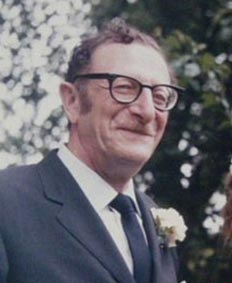 Transactional Analysis is a theory of personality and social interpersonal relations which may be used in situations of mutual consent for personal growth and change, professional development and social development.

It was developed by Eric Berne, MD (1910-1970) and some of his colleagues and followers. Eric called himself a social psychiatrist. His focus was on how people behaved and interacted with each other. What people exchanged when interacting he called transactions. Some transactions build people up, contribute to living and enable healthy community. Some, drag people down, spoil life and lead to unhealthy relations. The discipline he developed for analysing transactions he called Transactional Analysis (TA).

To develop this discipline of understanding what was going on between people Berne had to consider what was going on inside each person taking part. Out of his background of training in psychoanalysis Eric worked on the notion of the ego. From his observations of his patients he concluded each person has consistent sets, patterns or states of his or her ego which they tend to use regularly in similar situations or with similar sorts of people. So he developed a model for understanding human personality based on three broad categories of states of the ego, Parent, Adult and Child Ego States. People interact with each other from their own particular style of one or other of these three ego states, shifting between them according to the outside situation and what is going on inside them. 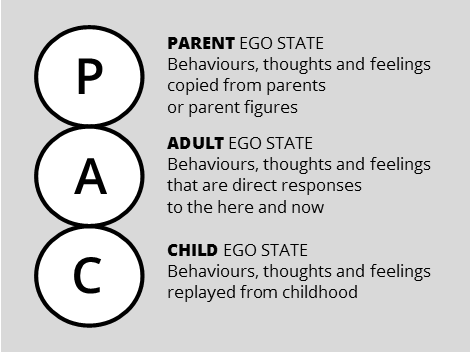 'Transactions' refer to the communication exchanges between people. Transactional analysts are trained to recognize which ego states people are transacting from and to follow the transactional sequences so they can intervene and improve the quality and effectiveness of communication. Berne observed that people need strokes, the units of interpersonal recognition, to survive and thrive. Understanding how people give and receive positive and negative strokes and changing unhealthy patterns of stroking are powerful aspects of work in transactional analysis.

Transactions take place within the context of time. Berne included the time factor in his analysis. He identified several types of short term sequences of transactions people engaged in with each other without being fully conscious of the seemingly predictable outcome which ended up with the players experiencing various degrees of hurt. These short sequences he called Games. These games fit into a long term lifestyle he called a Script. In childhood each person begins to shape the life script he or she will live out without being aware of the impact of what they are doing. It is the script which is the major influence on the sorts of transactions people engage in when they interact with each other.

A full introduction to the foundational theory of Transactional Analysis is offered in any course described as being a TA101 which is a worldwide standard course by internationally approved teachers. This course uses the current edition of the book by Ian Stewart and Vann Joines, "TA Today: A New Introduction to Transactional Analysis", Lifespace Publishing, Nottingham, UK or Chapel Hill, North Carolina, USA.

"I'm OK - You're OK" is probably the best-known expression of the purpose of transactional analysis: to establish and reinforce the position that recognizes the value and worth of every person. Transactional analysts regard people as basically "OK" and thus capable of change, growth, and healthy interactions.

Since the 1960s, Eric Berne's theory has evolved and is used in the application of Psychotherapy and Counselling, and is utilised in Organisational, Educational and Developmental contexts (see Our Community - Practitioners). 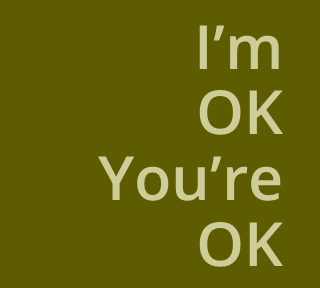 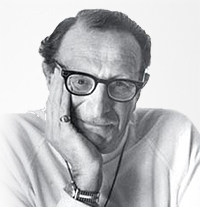