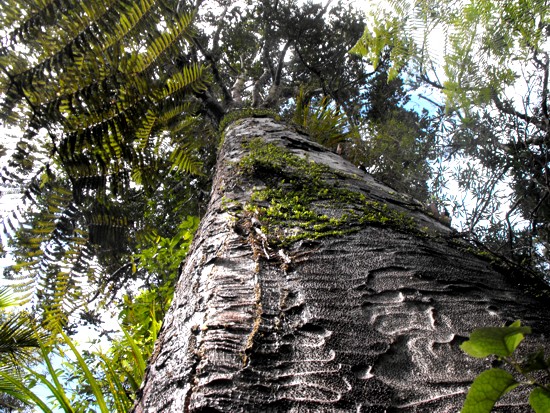 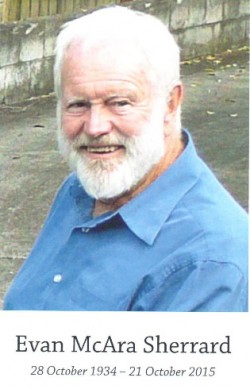 With sadness we acknowledge the loss of one of our NZ leaders in Transactional Analysis. Evan Sherrard died in hospital on 20th October, 2015, aged almost 81, and was farewelled at a huge funeral at St Luke’s Church, Remuera, where he was still actively part of the ministry team.

Evan was a man of tremendous vision and energy. He gained his first degree at Lincoln College in Agricultural Science, which gave him a valuable scientific grounding; but during the following year working on a sheep farm, he felt a call to the Ministry. He enrolled to study Theology at Knox College in Dunedin. In 1962, after his ordination as a Presbyterian minister, he and his wife Isabelle went to Ireland for 6 months in parish work, and then to Houston, Texas, where he did 2 years’ training in Clinical Pastoral Education and Sacred Theology. They returned to ministry in Dunedin, where he set up a Counselling Service, the Cameron Centre. Realising he needed more training to be an effective Supervisor, in 1967 he took his young family back to the USA for 5 years in Michigan, where he worked as Chaplain Supervisor in a Children’s Hospital, and gained high qualifications in Chaplaincy Supervision, Adult Education – and Transactional Analysis. This included a month’s training with Bob and Mary Goulding in Redecision Therapy, and becoming a Certified Transactional Analyst, then a Provisional TA Trainer.

Back in NZ in 1974-5, Evan was invited by Presbyterian Social Services to set up a new community service in Auckland, which he called the Human Development Team. He soon gathered a team of specialists in pastoral care, and together they set about providing skilled experiential training and supervision for a wide range of community services, including Chaplaincy, Lifeline, Youthline, Counselling, Psychotherapy, Group Leadership, Marriage Guidance, Family Therapy; and invited a series of overseas trainers to offer workshops, esp in Transactional Analysis, Psychodrama, NLP, Gestalt – all of which took root in NZ. When the HDT first offered an Internship in Counselling and Psychotherapy in 1984, I was lucky to be one of that training group; and later became a member of the Team. During the ‘80s Evan joined the Association of Psychotherapists in Auckland, and was part of the struggle to separate from Centrepoint influence, and establish Psychotherapy more firmly with a Code of Ethics. He was later elected a Life Member of NZAP.

Meanwhile Evan linked with the other emerging TA leaders in NZ, all training under Ian McDougall and then Robin Maslen from Australia to become TSTAs. From about 1989 on they met together every 2 years in a week-long multi-level Residential Event, organised by Charlotte Daellenbach, in which the TSTAs gave their time free to coach the rising PTSTAs, who led groups of CTAs-in-training. This structure has continued as a successful model, while evolving with circumstances, and has been instrumental in consolidating TA in NZ.

Evan brought a number of ITAA leaders to NZ, including Muriel James, the Gouldings and Jacquie Lee Schiff. In 1992 Evan chaired the International ITAA Conference held in Auckland, with Vince Gilpin as keynote speaker. By 1996 Evan had qualified as a TSTA himself, while training concurrently in Psychodrama. He was also much involved in ethical issues for the Church, and worked alongside Maori leaders in a number of marae-based events. When the HD Team resigned from Presbyterian Support in 1990, Evan supported the emergence of the independent Human Development and Training Institute to carry on the HDT vision.

During the 1990s he helped to set up the new Psychotherapy Department at Auckland Institute of Technology (later AUT), where he taught a rigorous 2-year TA course for several years. In 2000 he was a founding co-Director of the Auckland TA Training Institute, leading it till 2014. I was one of his supervisees, for over twenty years. We worked together in leading the monthly programme of TA Interest seminars for the wider range of health professionals who were using some TA in their work; this is still going well. He collaborated with me in writing my first article for the TA Journal in 1999, Vol 29:4, on the TA Treatment of Nightmares; and another one in 2011, in Vol 21:2, on Ethical Issues in Dreamwork.

Throughout Evan’s career, his wife Isabelle, who was awarded a QSM for her leadership in the field of Nursing, has been a strong support; especially when their daughter Susan suffered an accident that left her quadriplegic. Between them they have helped Susan to create a remarkable life of her own. In latter years, they not only enjoyed the development of their grandchildren, but also went on travel expeditions to many exotic places. And the family supported Evan through his own health crises with cancer and heart surgery during the last 20 years. He survived - frequently against the odds – and continued his pastoral ministry till the end.

We all miss his warm-hearted presence, his cheeky humour, his perceptiveness and care for the suffering, his willingness to confront injustice and work for a better society. A book about his life and work is now under production by Keith Tudor and Jonathan Fay. 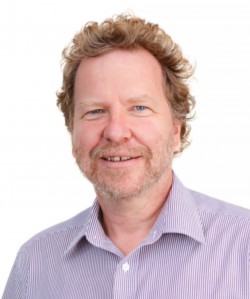 We are delighted to announce that Dr Keith Tudor has been made a full Professor of Psychotherapy at the Auckland University of Technology (AUT). This promotion means that AUT has recognised Keith’s academic abilities, leadership skills and contribution to the field of psychotherapy. There are fewer than 50 full professors of psychotherapy in the world; we think that Keith is the only one in the Southern hemisphere, and possibly the only one who is a transactional analyst.

This also means that AUT has further recognised psychotherapy to be an academic discipline in its own right as a field of endeavour for improving the human condition. The exciting thing for those of us in Transactional Analysis is that Keith will be in a stronger position to promote our discipline of psychotherapy in the AUT syllabus and degree structure.

Keith is a fearless and outspoken champion of pluralism, personal autonomy, and democratic process. He is a critical thinker and prolific writer (of over 300 publications), the editor of Psychotherapy and Politics International ( http://onlinelibrary.wiley.com/journal/10.1002/(ISSN)1556-9195), and a co-editor of Ata: Journal of Psychotherapy Aotearoa New Zealand, and, most recently, the co-author, with Graeme Summers, of Co-Creative Transactional Analysis (Karnac Books, 2014).

Keith is well known and appreciated for his active encouragement of colleagues. He is a CTA(P) and TSTA(P) and contributes to the Transactional Analysis community in numerous ways: supervising and helping colleagues through CTA and TSTA exams; as an international supervisor of colleagues in Australia, India, Japan, Slovenia, Romania, and the United Kingdom; as a visiting trainer on programmes in this country and internationally; as a staff member on the last three biennial residential training events; and, of course, through his writing. Keith’s commitment to autonomy and pluralism, and his long-standing critique of statutory regulation of psychotherapy based on careful analysis of the research, has meant that he has not registered as a psychotherapist here in New Zealand, and this has led to some criticism of him and of others who take a similar stance. Nevertheless, and given our basic value of “I’m OK, You’re OK”, we hope that we can all appreciate Keith’s contribution to raising the profile of Transactional Analysis in this country and beyond. We congratulate him on his new status and well-earned and well-deserved achievement.